When Cora Harrington first started blogging about lingerie in 2008 it came as part necessity, part passion project. Harrington wanted to purchase some lingerie, but couldn’t find any real review sites that would help guide her purchase. So she started writing reviews herself on a blog she named The Stockings Addict.

“All of my early reviews were focused on stockings and hosiery, tights that sort of thing,” Harrington said. “Those things were more affordable for me to write about.”

Making TLA sustainable was a complicated journey. When Harrington started to get readers in the tens of thousands, she decided it was time to look into selling ad space.

“I remember when I first wanted to dip a toe into advertising, being really worried that my readers would hate it,” she said. “Most of them were like, ‘No, we like what you’re doing and we want you to stick around and if it turns out advertising is the way that happens then like let’s do it.'”

She started out using Google AdSense, a service that lets users display targeted Google ads on their own sites. But before long, AdSense deemed The Lingerie Addict ineligible for their service because they considered it adult content.

“It says a lot about how we think about lingerie and how we view it as something hundreds of millions of people wear, but it’s considered to be taboo and inappropriate, which I think is a very American thing,” Harrington said. “But also says quite bit about what we think is acceptable to talk about in public.”

On their site, Google AdSense says their policy is that, “While we recognize that interpretations of adult or mature content may vary across countries and cultures, we hold all publishers accountable to the same content requirements so that we can ensure a safe and healthy global advertising ecosystem.”

And they’re not the only ones with this approach. “It’s a recurring theme among online advertising networks,” Harrington said. “Even when we’re advertising on Facebook or what have you our ads are very often declined.”

In the end, the move away from third-party ad services was a blessing in disguise. Harrington started to pitch directly to brands and they to her, creating valuable relationships within the industry.

“It gave me a good foundation for building the business out,” she said. 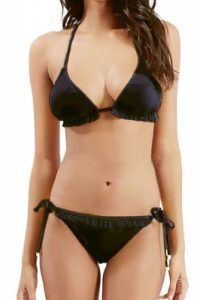